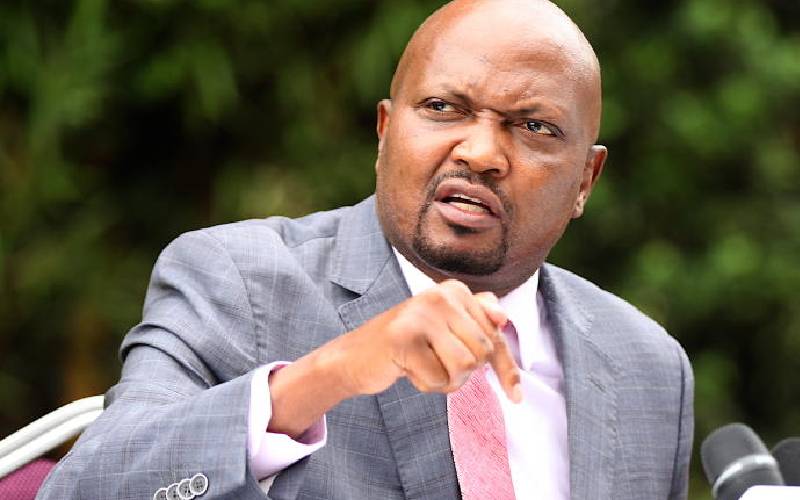 The Independent Electoral and Boundaries Commission (IEBC) has ruled that the vote-rigging claims case facing Gatundu South Member of Parliament, Moses Kuria, will now proceed to a full hearing set for April 17.

IEBC chairman Wafula Chebukati gave the verdict today, hours after MP’s lawyer raised an objection, claiming that the IEBC stepped out of its jurisdiction by summoning the MP to a hearing over the controversial remarks that were construed to be in breach of IEBC’s code of conduct.

Kuria had claimed that he and a group of other politicians rigged the 2017 polls in favour of President Uhuru Kenyatta.

“The high court ruled that this committee has no jurisdiction to preside over this matter, ” Wahome told the committee, citing a matter that is already in court. He further claimed that by hearing the case, the IEBC would be acting as the complainant, prosecution, and jury.

However, the IEBC stated that the lawyers Ndegwa Wahome and Geoffrey Omenke while representing Moses Kuria failed to distinguish between the functions of the code of conduct committee and that of the commission and that Hon. Moses Kuria was in breach of its code of conduct by raising queries into the credibility of the said polls.

The Gatundu South member of parliament has now vowed to move to court to have the IEBC barred from hearing the matter.