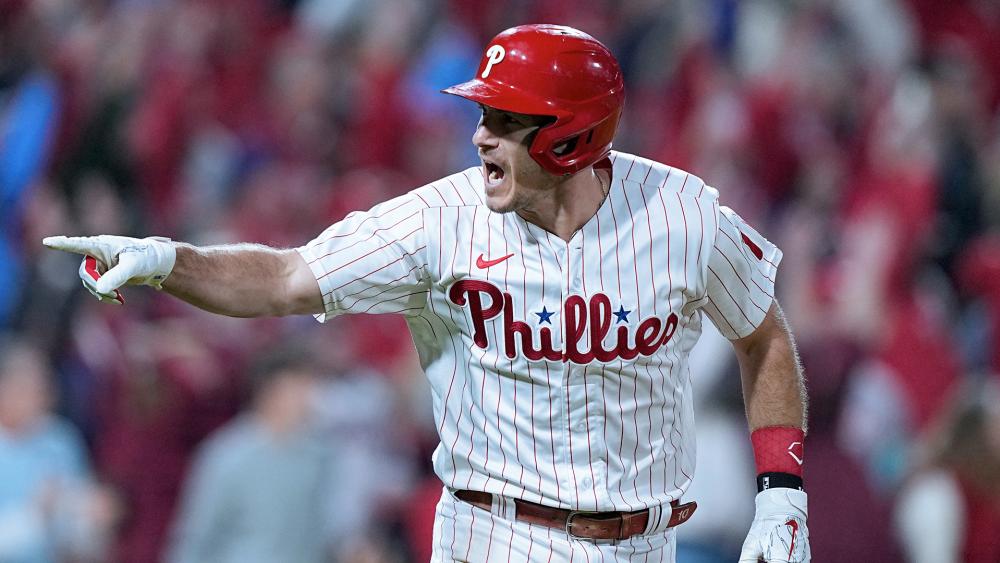 The Philadelphia Phillies will take on the Houston Astros on Friday night for the start of the World Series.  It will be Philadelphia’s first appearance at the games since 2009 and a veteran catcher who helped the team to get there says he feels blessed to have the opportunity to play.

“I feel so lucky right now…so blessed to be in this position,” J.T. Realmuto said after beating the San Diego Padres to head to the finals. “I thank God for giving me this opportunity to play this wonderful game for a living.”

Realmuto is regarded as one of the best catchers in baseball and that was re-confirmed earlier this month when he became the first catcher ever to hit an inside-the-park home run in the playoffs. During that game, Realmuto launched a ball to centre field which ended up helping the team win against Atlanta Braves. It was the pitch that also sent them to the National League Championship Series – the first time in 12 years.

I’m not usually a guy that shows a lot of emotion, but when I slid into home there, I just couldn’t help myself,” he said after the game. “I was so excited. Excited for this city, excited for this team. It was just one of those moments that I’ll definitely remember forever.”

According to Sports Spectrum, the three-time all-star was first drafted by the Miami Marlins in 2010. He spent five seasons with the Marlins before being traded to Philadelphia in 2019. In January 2021, he signed a five-year, $115.5 million deal to remain in Philadelphia. He thanked God in an Instagram post once the news broke.

Realmuto is one of many Phillies players experiencing the postseason for the first time after missing out on the opportunity for the last eight years. But even with all the recent success, Realmuto stays grounded through his faith. His Twitter bio reads, “Following Jesus Christ and chasing the dream!”