Houses of worship grapple with the future of their online services 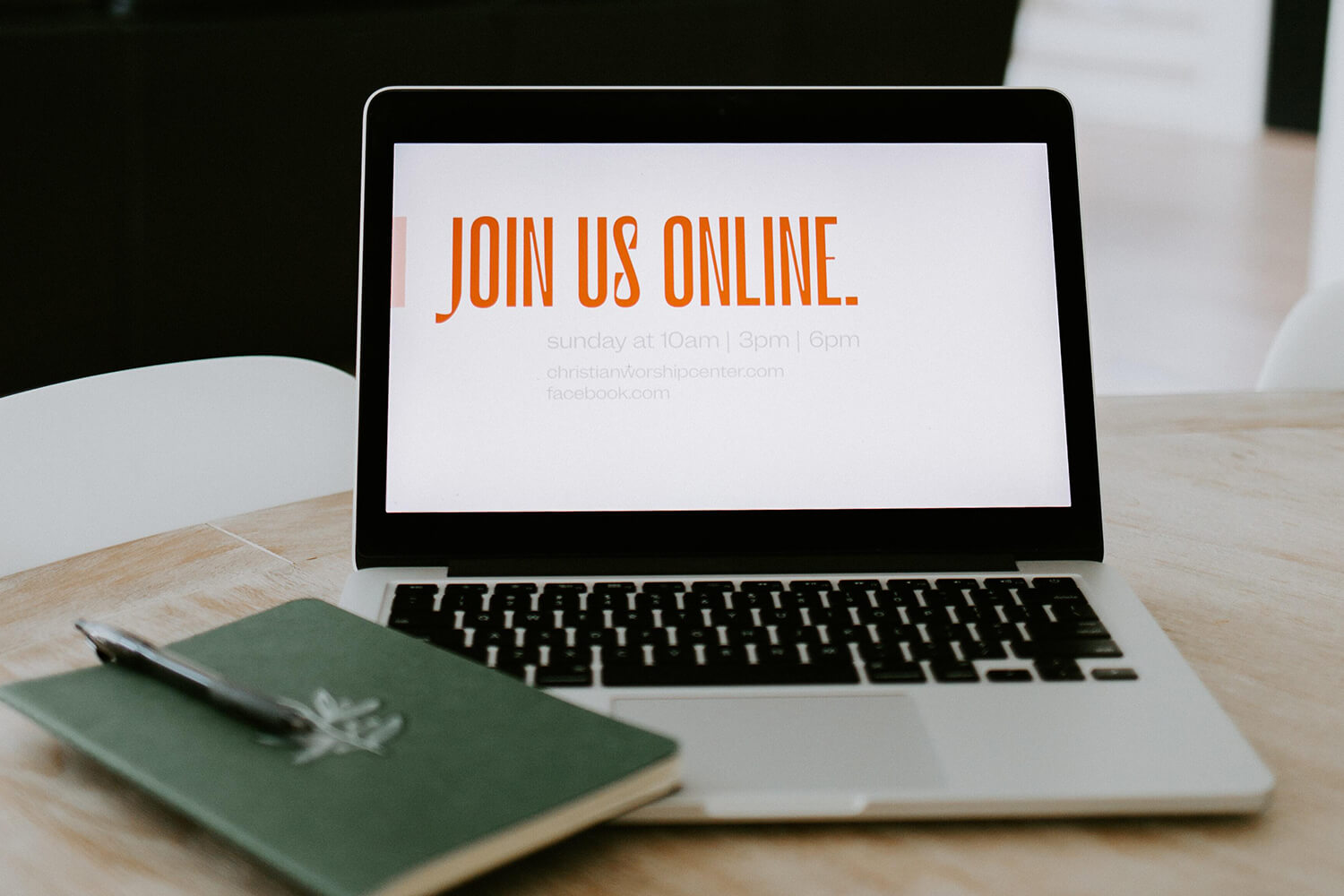 (RNS) — Before the pandemic, The Potter’s House of Denver had plenty of use for its 3,500-seat sanctuary in the southeast corner of the Colorado capital. But in early January, the megachurch announced it was selling its building and continuing to hold services online, as it had been doing for nearly two years. Pastor Touré Roberts said the building needed “significant repairs” and COVID-19 shutdowns had made maintaining it impractical, although some in-person activities such as the church’s food bank would continue.

As the pandemic enters its third year, more houses of worship are having to weigh the costs and benefits of online versus in-person worship. While most will not choose to go the way of Potter’s House and become fully virtual, the dramatic shifts brought on by COVID-19 restrictions are forcing nearly existential questions about the nature of worship and the purpose of community.

“COVID-19 forced every church in America to rethink how to best serve their parishioners and the broader community,” Roberts told The Denver Post. “We decided that the best way forward would be to sell the property, continue our online offering that had proven a successful alternative, and maintain our hands-on community outreach operations.”

For some, shrinking congregations and dwindling donations have forced closures; more than 4,000 churches shut their doors in the U.S. in 2020, according to research from Barna Group, a religion polling firm. Others have experienced a broader reach as new viewers have tuned in from afar — and as sometimes-alienated groups such as the elderly, disabled and LGBTQ have found virtual church homes. What will these churches do with this new online audience? What was once a temporary measure has begun to feel like a necessity for many churches.

Many of them “spent a lot of time and resources to get online” in the pandemic and don’t want that to go to waste, said Heidi Campbell, a researcher studying digital religion at Texas A&M University. But in doing so, they’re having to figure out what it means to worship online in meaningful ways.

“Over the holidays, a lot of them saw that not as many people have come back face to face,“ Campbell said. “And so churches are trying to make this decision about … how might this be not just a season of change, but a long-term change for churches, and how people see church integrating into their lives?”

The idea of virtual worship has been around since long before the pandemic, said Scott Thumma, director of the Hartford Institute for Religion Research at Hartford International University. As long as the internet has been around, groups from neopagans to gay evangelicals that felt shut out of physical spaces have taken their religious practice online. In recent years, some churches have hired dedicated “online pastors,” while others are now making inroads in the metaverse and on social media platforms such as TikTok.

And the pandemic spurred some people to start online-only ministries from the jump, seeing an opportunity to attract diverse congregations while freeing themselves from the financial burden of physical buildings. Many religious traditions see the online space as a “new mission field” to reach people who otherwise wouldn’t be drawn to worship, Thumma said.

Life.Church, a pioneer in the digital space and creator of the YouVersion Bible app, has been holding online church services since 2006 “as a way to reach people who might not otherwise come to church,” one of its pastors, Bobby Gruenewald, said in an email. Life.Church has also created an online streaming platform it offers to other churches free of charge, Gruenewald said, and has seen an explosion of demand during the pandemic. The platform helps churches go “beyond one-way video streaming” and offers chat translation, a donation function and ways to connect congregants with service opportunities and small-group meetings.

But providing a fully online platform for worship poses unique challenges. Thumma said that virtual worshippers can very easily become spectators, watching a service without fully participating and being present in the religious service. In January, a New York Times column drew heated debate by calling for a return to in-person worship, arguing people “need physical touch and interaction,” but Thumma said community can be formed online — it’s just a matter of putting in the effort to make it happen.

“How do you move from just watching to actually being involved, actually engaging with people, actually getting committed enough to give money and to do service and volunteer and things?” Thumma said. “And I think that’s going to be a challenge for clergy.”

There are also theological considerations particular to each religious tradition when it comes to worshipping online. While many Catholic churches streamed Sunday Mass during the strictest of the pandemic shutdowns, sacraments such as Holy Communion cannot be taken virtually. Pope Francis has said “spiritual communion” that can be done without physically eating bread and drinking wine should not be considered a replacement.

Jews, meanwhile, have had to grapple with whether gathering virtually counts toward a minyan, the quorum of 10 required to conduct a prayer service. While members of the Jewish Reform movement embraced remote worship long before the pandemic, Conservative Jews have also had to decide whether it’s acceptable to congregate over Zoom on Shabbat, the day of rest that usually forbids technology use. The Committee on Jewish Law and Standards of the Rabbinical Assembly, which provides guidance for the Conservative movement, allowed Zoom worship as a temporary measure during the pandemic but says that “guidance for post-COVID times is currently under discussion.”

The idea of virtual worship has also been controversial for Muslims, who generally believe communal Friday prayer is obligatory for men, based on textual evidence from the Quran and the example of the Prophet Muhammad. Most religious leaders have interpreted this to mean in-person prayer, and during the pandemic, the Assembly of Muslim Jurists of America issued a fatwa, or legal opinion, prohibiting communal Friday prayer over broadcast.

But some don’t see the religious tradition as quite so restrictive. Khaled Abou El Fadl, a law professor at UCLA, started broadcasting his sermons during Friday prayers even before the pandemic, and he continues to do so from his home in Ohio, gathering several family members in person and speaking to hundreds of people listening online. He said that after closely examining the existing jurisprudence, he found parallels to virtual worship in Islamic law, including people who could still join in prayer even when they couldn’t personally see the imam.

As long as they can follow what’s going on and don’t erroneously perform the rituals, the prayer is valid, he said. He expects that although most Muslims will go back to in-person services once the pandemic is over, a “larger minority than before” will continue to pray online, now that the “psychological barrier has been broken.” And he added that virtual worship provides opportunities for people who otherwise wouldn’t be able to attend Friday prayers, including people whose work schedules don’t allow it, or those who may not live in a community with a mosque or an active Muslim population.

“Friday prayer serves an important emotional and psychological role,” Abou El Fadl told Religion News Service in a recent phone call. “And when this event is missing from their lives, they feel the impact of it.”

For most houses of worship, online services will continue to be a supplementary measure, if they exist at all, Campbell said. Pew research from August 2020 found just 2% of people who regularly attend religious services say they’ll watch more of them remotely and attend fewer in person than before the pandemic. Though more than a year of pandemic measures may have swayed some minds since then, Campbell said online-only churches will continue to be the exception rather than the rule.

But as the pandemic subsides, she said she expects to see churches that have been providing “hybrid” services either drop the online option entirely or lean into it as a permanent fixture, especially in large urban centers where a virtual model better fits the preferences of their congregants.

“For some people, it’s like ‘This meets my needs, and I like this style of worship,’” Campbell said. “There is a lot of opportunity there. But how much of that is just … because people are looking at different options, and how much is that a long-term strategy?”

This article was produced as part of the RNS/IFYC Religious Journalism Fellowship Program.