Fortify Your Faith: Faith and Vigilance 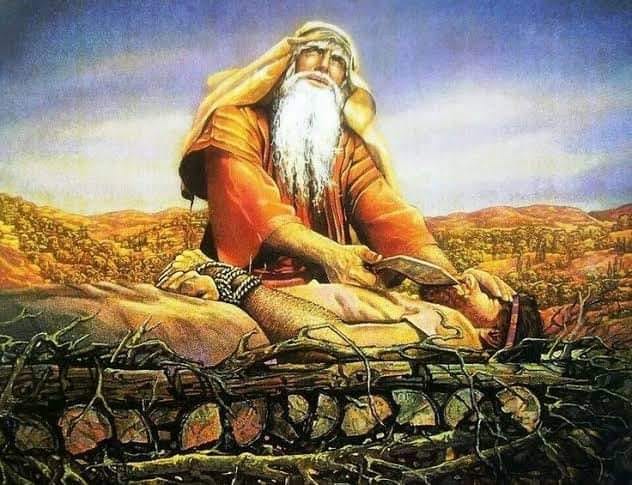 Hebrews 11:11‭-‬12 NKJV
By faith Sarah herself also received strength to conceive seed, and she bore a child when she was past the age because she judged Him faithful who had promised. Therefore, from one man, and him as good as dead, were born as many as the stars of the sky in multitude—innumerable as the sand which is by the seashore.
Faith must be tested. It is one thing to say that you believe, will you still believe when everything around you appears to be contrary to the promise.
Abraham and his wife Sarah believed God that he would bless them with a son and that their generations would be as many as the sand on the sea shore.
The thing that encourages me about Abraham’s journey is that I see growth in his faith. He nearly missed it when he sired Ishmael, but he came back on track.
The biggest test for Abraham.is when God tells him to sacrifice his son Isaac and Abraham does not flinch nor doubt. Isaac, who was a young man at the time also, goes along with his father believing and trusting in the God he has seen his father serve.
God indeed did provide a ram for Abraham to sacrifice and not his son.
Unless our faith is tested, it will not grow. It is easy to say we believe when things are working in our favour. Will you still believe when God promises you generations yet your wife is barren and both of you are advanced in years? Will you still believe after five, ten, fifteen, twenty years and nothing seems to be happening.
What about when God gives you that very thing after years of waiting and no sooner have you finished rejoicing, he tells you to give it away? Will you obey?
All the men and women of faith were tested to see if they will still believe, or they will cave in.
Will you still believe and remain vigilant when the test comes?
Share
Facebook
Twitter
Pinterest
WhatsApp
Previous articleHorn of Africa needs urgent help warns Christian Aid
Next articleRuto unveils Kenya Kwanza manifesto