Faces Around The Crucifixion: Doubting Thomas 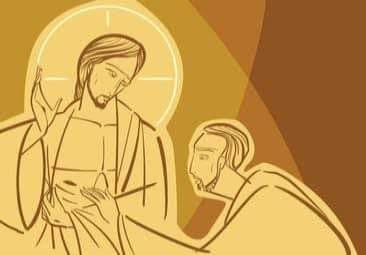 John 20:24‭-‬25 NKJV
Now Thomas, called the Twin, one of the twelve, was not with them when Jesus came. The other disciples therefore said to him, “We have seen the Lord.” So he said to them, “Unless I see in His hands the print of the nails, and put my finger into the print of the nails, and put my hand into His side, I will not believe.”
The death of Jesus must have hit Thomas very hard. When Jesus appeared to the disciples for the first time after his resurrection, Thomas was not with them. Maybe he was too disappointed and discouraged that he just wanted to be alone. Perhaps he no longer saw the need to hang out with the others now that Jesus was dead.
In his absence, Jesus appears to the rest.
Have you ever been so discouraged you opted not to go to church, then you get to hear the wonderful and miraculous things that happened in the service? Thomas must have felt that way. Even though the disciple’s find him to tell him that Jesus is alive, and he appeared to them, Thomas will not believe unless he not only sees the Lord but also touches him.
Now this is what I love about Jesus, 8 days later he appears to them again and this time Thomas is with the others. It’s like Jesus makes a special appearance just for Thomas, and he allows him to touch his scars.
This reminds me of the good shepherd who leaves the 99 safe and sound and goes looking for the one that has wandered off.
Though we know Thomas mostly for his doubts, he was a great apostle who did great works for the Lord in India. We should never let one moment or one mistake define who we are. We never call Peter denying Peter and thus we should not define Thomas by his doubting episode.
Thomas believed because he saw and touched the Lord, but Jesus told him that blessed are those who believe, yet they have not seen.
May you and I believe what the word tells us, may we confess it and meditate on it even without seeing, for doing so carry a blessing.
Reflections.
What area of weakness in your life have you allowed to define you?
Jesus came back for Thomas, what does that teach you?
What does the episode of Thomas teach us about fellowship?
Share
Facebook
Twitter
Pinterest
WhatsApp
Previous articleFaces around the cross: Barnabas
Next articleFlirting is for marriage