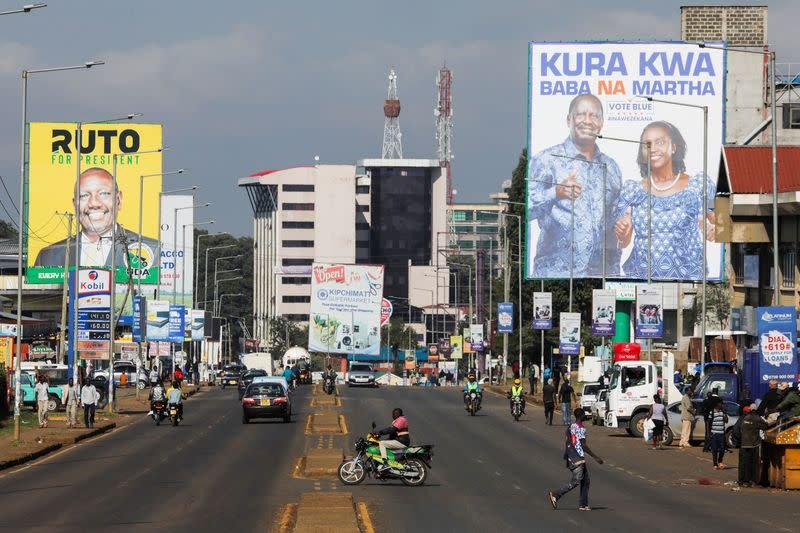 One of the things that has concerned me a lot in this election season, is the backlash against Christianity and the church. The division is so evident we are all talking about it and pointing fingers. As I was in prayer this morning and thinking about where we find ourselves at, I believe God shone his light on some important issues that I wish to share in this post.
First and foremost, this election is more about the church than the political players. Why do I say so? God is using this election and the drama around it to expose what is in our hearts. Many of us are so focused on the political players and finger pointing that we cannot see what’s right before our eyes.
Something for you to think about… If everything remains the same but we change the voting totals so that the Blue team is winning and Raila is president elect while the Yellow team is losing and Ruto is going to the supreme court.
My brother in the Blue team, would you be celebrating in pride and telling your opponents to accept and move on as they are currently doing, saying your candidate is God’s anointed or would you still believe the election process was flawed and thus calling for justice? Your honest answer will reveal what’s in your heart.
My brother in the Yellow team, would you have accepted your loss in humility or would you be doing and saying the very same thing your brother in the blue team is doing currently and calling for justice because you believe the election process was flawed? You honest answer reveals what’s in your heart.
The truth is as much as we are pointing fingers, we are all the same, we have the same selfishness and wickedness in our hearts. Pride, hate, arrogance, unforgiveness and a lot of bitterness.
God is calling us to look into the mirror and see what we have become. Like the lukewarm church in Laodecia in the book of Revelation who thought they were something God says we are wretched, pitible, poor, blind and naked.

THAT IS ONE OF THE THINGS THIS ELECTION IS REVEALING BUT ARE WE TOO BLIND TO SEE IT?

Revival will not be brought by this leader or that leader but rather by the church going back to our first love and asking God to have mercy on us. Repentance, Prayer, Fellowship, Breaking bread and Doing the Word as opposed to just posting it on social media is what will spark revival in this season. This has to be an individual conviction because revival may come and you may never experience it because of what you have accommodated in your heart.
For some of us, our political leaders have taken the place of God in our lives and we would do anything for them even stand on the side of deception if it favors them. (This applies to both sides because only God knows what in the heart of the leader you are so fearlessly speaking for)
May we stop looking at the political leaders, may we stop pointing fingers at the clergy and one another, may we who confess Jesus Christ as Lord understand that we are the Church and not just the clergy, may we start looking inward and pray…..
“Search me, God, and know my heart; test me and know my anxious thoughts. 24 See if there is any offensive way in me, and lead me in the way everlasting.” (Psalm 139:23-24)
Only then will we experience this Revival that we have been talking about for so many years.
LET HIM WHO HAS EARS HEAR WHAT THE SPIRIT IS SAYING….. AMEN!
Share
Facebook
Twitter
Pinterest
WhatsApp
Previous articleHome Sweet Home Tonight’s Movie on Family TV
Next articleYour Goliath doesn’t need a Spear – He’s just a stone throw away