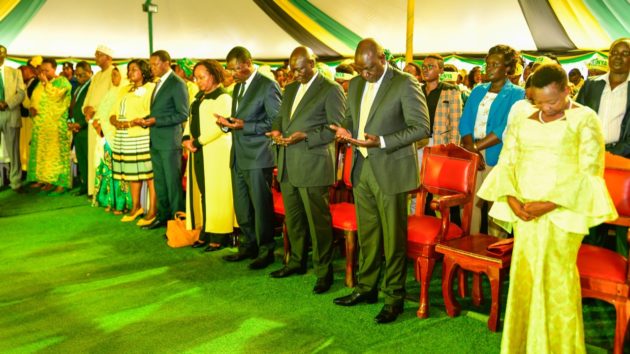 Deputy President and UDA presidential candidate William Ruto has today signed a charter with women drawn from the 47 counties at the Nyayo Stadium. DP Ruto has been seeking to put the women’s agenda at the fore of his campaign, especially after his main competitor, Azimio la Umoja’s Raila Odinga, picked Martha Karua as his running mate.

Speaking during the signing of the charter the DP indicated that the Kenya Kwanza alliance will have the most elected women leaders if successful in the upcoming elections and that more women will be appointed on the cabinet and other senior appointive posts..

“Even before the elections, we already have a woman who has been elected as a Woman Representative in Kericho County; she is unopposed,” Ruto said.

He further pointed out that “The August 9 General Election is an economic debate, and a moment wholly defined by Mama Mboga, the bodaboda operator, young people and farmers.”

Ruto said that his government will establish the Hustler Health Care programme where every woman in Kenya shall be insured by the National Health Insurance Fund (NHIF).