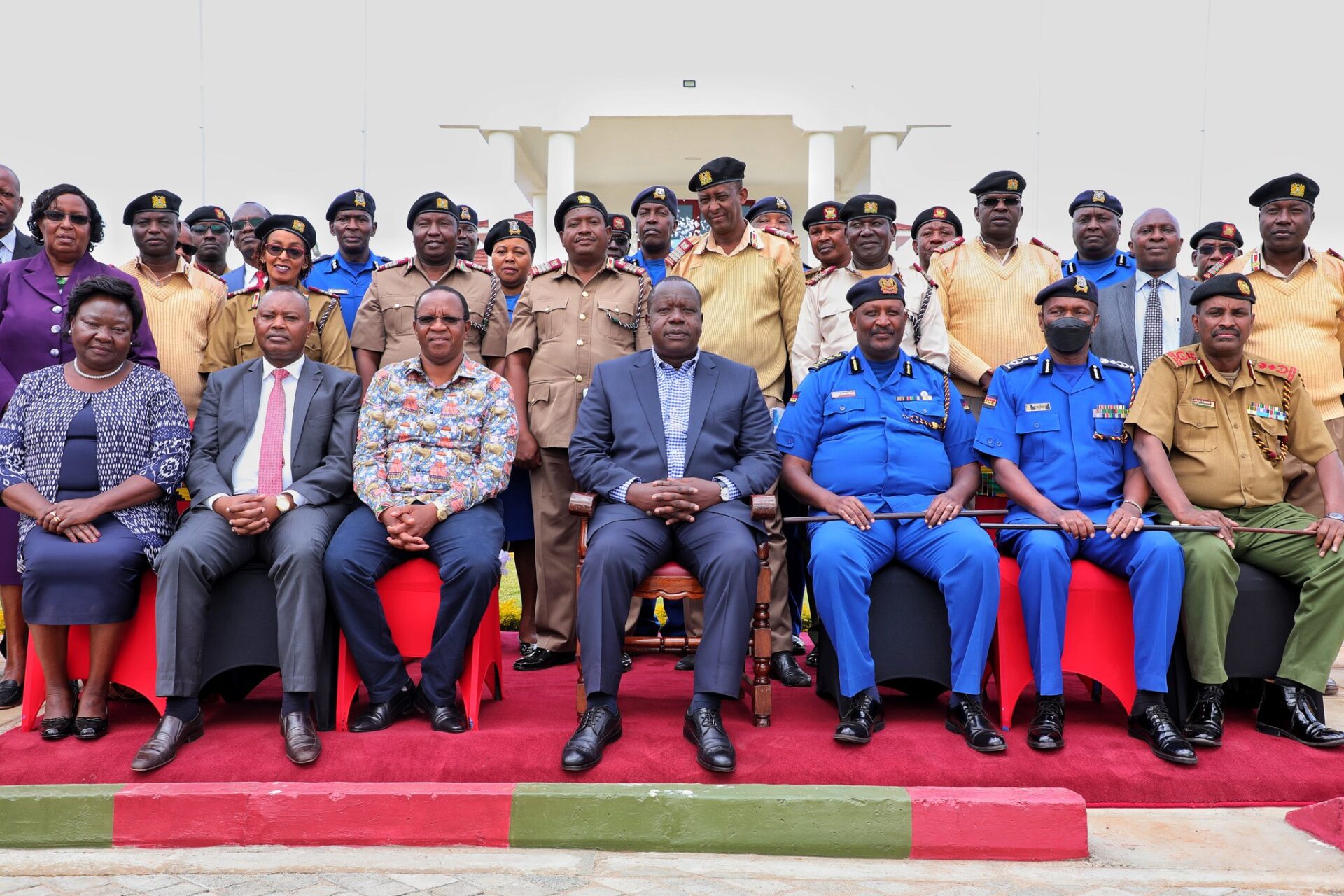 Pending authorization by the National Security Council a 30-day dusk to dawn curfew will be imposed on troubled areas of Kerio Valley.This precedes a sustained disarmament and pacification exercise by a multi-agency team to curb the influx of illegal arms and flush-out criminals.

Speaking during a security meeting with leaders from Baringo, West Pokot and Elgeyo Marakwet in Nakuru, Interior Cabinet Secretary Fred Matiang’i said the operation which will include ground and aerial assaults will be ruthless.

“The operation to evict bandits who crossed over to Baringo from Laikipia Nature Conservancy will commence on Saturday.” He explained, “The crisis in Kerio Valley is no longer a resource conflict but a territorial expansionist strategy being instigated by a section of leaders.”

He ordered that the boundaries be redrawn, the locations merged into one and a new chief recruited.

The operation in Kerio Valley comes as the curfew in the county of Marsabit remains in effect for a further period of thirty days with effect from 1st June, 2022, between Six O’clock in the evening and Six O’clock in the morning.

Matiang’i also said he was satisfied with the reports on election support preparedness by the regional security teams during the first National Security Assessment Session. “Security teams are finalizing strategies in-line with standard operating procedures and in two weeks time are set to begin mock deployments to polling stations in preparation to support the IEBC conduct elections.” He said.