Breaking the Chains Of Mental Health 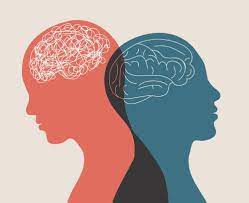 “A staggering 1 out of 4 persons who seek healthcare in Kenya have a mental health condition. Depression is common and there are increasing rates of substance and alcohol use disorders,” World Health Organization. This month of May marks the world’s awareness month for Mental Health. The month focuses on creating awareness among the general public as well as celebrating the strides made in addressing mental health concerns.

Kenya has made significant strides in dealing with the mental health crisis. In 2019,1st June, during his Madaraka Day speech, President Uhuru Kenyatta publicly addressed the state of mental health in Kenya calling for immediate action from the Health Cabinet Secretary Mutahi Kagwe to formulate a task force to establish the status of mental health among Kenyans. The task force was formed and chaired by Dr. Frank Njenga a psychologist, who shared in their report, “We told them that for every single dollar they did not invest in mental health, they were losing another five.” The findings prompted the government to implement some of the recommendations given.

Last year another milestone was marked by the launch of the Kenya Mental Health Action Plan (2021-2025). The plan includes a framework for interventions for securing mental health systems reforms in Kenya.

The rising number of mental health-related issues such as depression some of which have ended up in suicide has been a concern to the government. As we conclude the mental health month, let’s continue to break all mental health chains and seek help.