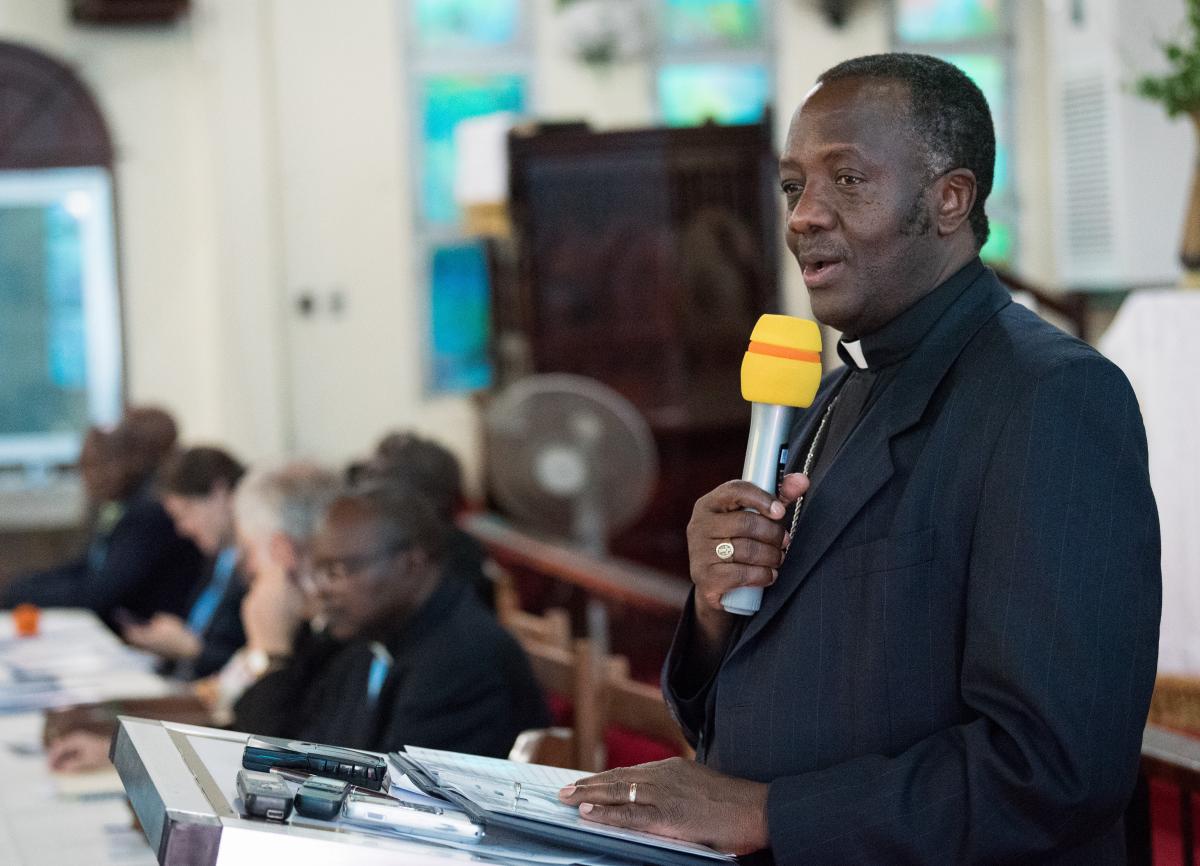 Rev. Dr Fidon Mwombeki, general secretary of the All Africa Conference of Churches, has urged governments to make youth a key pivot of the developmental agenda.

According to the leader, the Africa-wide ecumenical grouping recognised that the future of the continent lay in its ability to harness the “potential of the young people as powerful agents of change.”

“They need to be given the right tools and motivation to deliver an emerging Africa. Africa is our home and our future and our journey remains forward,” said Mwombeki, a pastor from the Evangelical Lutheran Church in Tanzania, in a statement.

Mwombeki said he was happy that the African Union existed and was working to improve the lives of the people in Africa.

“There are several things we are happy with, but they (African Union) are a work in progress,” said the leader. “We see the inadequacy of the African Union, because of its structure, because of insufficient support from heads of state.”

“They (heads of state) also make so many agreements, which they don’t follow-up and there is no enforcement mechanism, which makes the African Union look like it’s not effective,” he added.

Rev.Mwombeki said the All Africa Conference of Churches is reminding member states of their pledge, including re-dedicating Africa towards the attainment of what is known as the pan-African vision of an integrated, prosperous, and peaceful Africa driven by its own citizens and representing a dynamic force in the global arena.

“We expect that they meet the expectation of the African people. We are still asking them to do more to fulfill their promises. Some of the governments do pay their membership fees,” said Mwombeki.

The grouping calls on African governments to focus on the welfare of the citizens by aligning their developmental agenda with ongoing structural transformations, increased peace and reduction in the number of conflicts, among others.