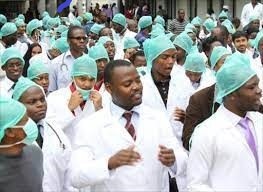 One of the common social enemies for all individuals on earth is poverty. We arm ourselves through employment and entrepreneurship to combat it. The promise/ hope of a pay check every end month is not always the reality for most workers.

Kirinyaga health workers have been working without pay since May of 2019; close to 3 years with no salary. The health workers made a petition to the county’s health committee; seeking to compel the county government to settle the dues. The relationships between the county government and its workers has been rocky after the 2019 strike. The courts ruled the strike as illegal and the workers were directed to resume work immediately. During the same period the county government had issued letters of dismissals; a move that Public Service Commission (PSC) revoked and directed the workers to be reinstated. Out of the eighty employees who had gone on strike, only 8 were returned to the pay roll.

The assembly is currently investigating the directives and its legalities to solve the matter.