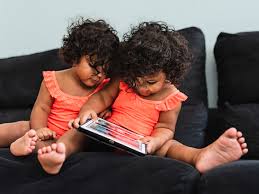 Twin births and pregnancies have become more common, overtime. With about 1.6 million twins being born each year worldwide. Breaking down the numbers further, one in every 42 children is born as a twin. We sat down with different sets of twins to learn more about the twin life experience.

When most people meet twins or find out one individual is a twin, the question of ‘how was it like growing up as a pair?’, will never be missed. Hence we had to start with that same old question, “One word: Happiness! Having a twin is akin to having a life partner, where you both share the ups and downs of life, and are really each other’s best friends, just like married couples. However, unlike married couples, you can’t just divorce your twin if things go wrong, although many have tried!,” Diana a fraternal twin.

All the three sets of twins shared they enjoy being twins but that at times it may be difficult. One element that brings in the difficulty is the twin comparison. “Yes! We have been compared many times than I can count! We’ve experienced comparisons from dress to food to entertainment to even what potential partners we would like to have! You can count the number of times we weren’t compared against each other, and those times are scarce indeed,” the fraternal twins shared.

“We used to care about it until now, comparison is always there. You’d hear one say why isn’t Paulette calmer than Paula or, it’s unfair Paula does this and Paulette doesn’t do that,” Paula and Paulette, identical twins from Nairobi shared. For Paula and Paulette, they experienced comparison from birth and at some point it became “cringe-y” for them. However they had set a barrier that no one would ever go beyond. That was comparing them by trying to pull down, insult and belittle the other. When that line is crossed both twins will speak against the matter at hand and completely end the conversation with the individual.

The fate is a bit different for some twins, “Well, for us being that we are boy and girl. The comparisons were not that physical e.g. in looks and behavior etc. However, there were a lot of academic comparisons. There were also some classmates who even doubted if we were twins. Because my brother was always number 1 (even in KCPE) while I was an average student. But at home, this was different. I guess, because our parents knew our potential as individuals.” Jean, a fraternal twin shared.

As human beings we are oriented towards comparison. Professor Shawn Whitehead shared that, “Siblings provide a natural point of comparison. They’re in your home, and growing up with you. They’re in the same environment and the same house, so they provide us a good comparative measure.” Sibling comparison, if not dealt with properly can lead up to sibling rivalry and identity crisis, even amongst twins.

In the second part of the series, “The Twin Life: Identity.” We learn how to solve sibling rivalry and how to build separate identities. Do not miss out on this exclusive next Tuesday at 11 AM.