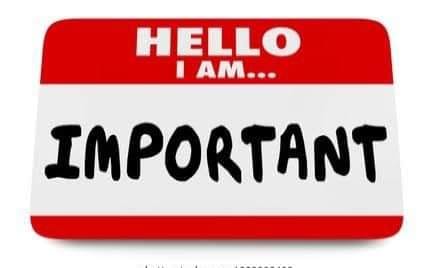 2 Kings 5:2-3
2 Now the Arameans on one of their raids had taken a young girl captive from the land of Israel, and she served Naaman’s wife. 3 She said to her mistress, “If only my lord were with the prophet who is in Samaria! He would cure him of his leprosy.”
The Arameans go out and unleash a raid on Israel. They plunder the land and take captives, and one of them is a young girl…….we are not even told her name…it’s almost like she is not relevant. A tiny insignificant little girl who seems of no value, probably someone may have seen her and wondered why did we capture this tiny thing and what value can she add to us? She is just extra baggage.
Have you been in situations where people treated you like you were of no value? A little, tiny thing that adds no value?
On the other hand, have you also been in situations where you perceived yourself to be tiny and of no value?
Just as the Israelites saw themselves as a grass hopper in the midst of the inhabitants in the promised land.
Naaman the great man of valor must have thanked God that the little Israelite girl knew her God, and she was not intimidated to speak in the presence of the great and mighty. She opened up her mouth and spoke the word the Lord placed in her heart.
Thank God, Naaman was not too proud to take heed to the word of a tiny slave girl. That word brought him healing and a whole new life.
You may be tiny, you may seem insignificant, but this one thing is for sure, according to the God who created you….you are IMPORTANT!
Think about the little boy with the fish and loaves in John 6. We are not even told his name, yet Jesus uses his tiny lunch to feed the multitudes. What about the four leapers in the book of 2 Kings 7? Though they were outcasts, nobodies locked out of the city, God used them to bring deliverance and victory to an entire nation.
Who are you? What do you see when you look in a mirror? Have you despised and disqualified yourself because you think you are tiny and worthless? A nobody?
God thinks otherwise. He knows your name, and in His sight you are of utmost importance. If you are obedient and willing, He will use you to do great and mighty things! Today, do not allow anybody, anything or any situation to intimidate you! There is greatness inside you.
Reflections.
In what kind of situations do you feel insignificant and why?
Do you believe what the word of God says about you?
The Bible has stories of seemingly insignificant people that God used to accomplish great things, which one do you identify with?
Declare Life.
I am important irrespective of my position size or earthly possessions God knows may name, and He is willing to use me to do great mighty things
2 Kings 5:2-3
Share
Facebook
Twitter
Pinterest
WhatsApp
Previous articleTonight’s Movie on Family TV: Polycarp
Next articleFamily Sprayed with Acid for Leaving Islam