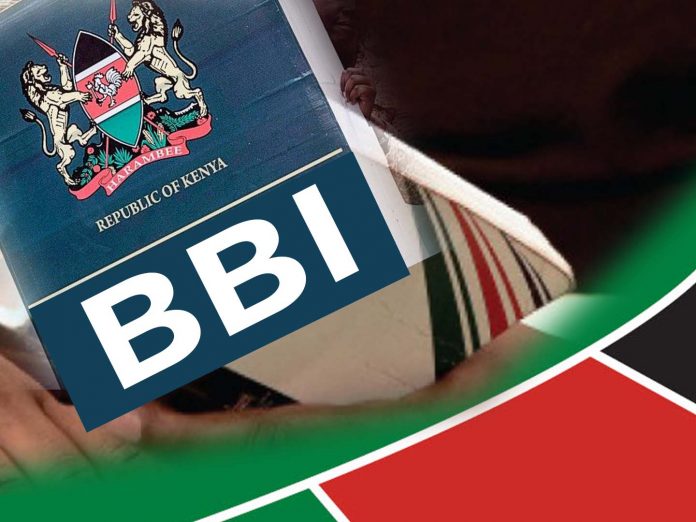 The seven-judge bench of the Supreme Court of Kenya has today delivered judgment on BBI Appeal Case that was brought before them by the Attorney General and the BBI Secretariat after the High Court and the Appellate Court voided the referendum process. 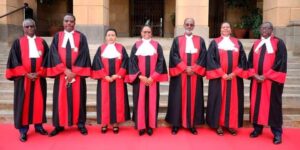 The 1,500-page final verdict marks the end of close to two years of a legal battle between the government and a group of citizens opposed to changes to the Constitution.

In her ruling concerning the Basic Structure Doctrine, CJ Martha Koome disagreed with the judgment of the High Court and the Court of Appeal saying that the two courts erred in finding a fourth pathway to amending the constitution which was tantamount to amending the constitution through a judgment of the court, “Courtesy of our Constitution, we have sufficient arsenals that include our own cannons of interpretation which we must exhaust before borrowing from other jurisdiction.”

She pointed out that the framers of the Constitution whether aware of the Basic Structure Doctrine chose to ring-fence key features from flexible amendment and if they intended to provide for eternity clauses nothing would have stopped them, what Kenyans desired is the flexibility of Constitutional amendment.

Justice Njoki Ndungú explaining why the Basic Structure Doctrine cannot be applied in Kenya said, “On my part, I do not consider any article in the constitution unamendable or constituting eternity clauses.“

On his part, Justice Ouko said, “The fact that the president took certain steps and actions at the inception of the popular initiative process is irredeemably flawed. He cannot run with the hare and hunt with the hounds.”

Justice Lenaola reiterated the fact that the president cannot and should not start a popular initiative, he noted that it would be absurd for the president to collect 1 million signatures, craft an amendment bill and then retire to await the same bill and then ascent to it as president. “Public participation was properly undertaken, save for the second schedule of the amendment bill (that proposed to create 70 new constituencies) which was unconstitutional as it lacked public participation. There should be a law governing the collection and verification of signatures.” Justice Lenaola

10 years into its implementation, there have been 21 attempts to amend the constitution,19 of which were through the parliamentary process. “44 of the 47 counties approved the BBI Amendment Bill 2020, it would be immoral to deny the majority their will.” CJ Martha Koome said.

The majority of the bench’s decision found the BBI bill unconstitutional for lack of popular participation and failure to comply with the Popular Initiative requirements under Article 257. Kenyans are now waiting to see how this verdict will shape the upcoming August General elections.

In the meantime, here below are sample reactions from some opinion leaders on the general verdict by the apex court:

“BBI Constitution Bill fails on only one ground: initiated by the President…it, therefore, means that between now and August, fresh promoters can dust up the Bill, remove the part relating to Constituencies only and run with it successfully on all the other proposals.“ Donald Kipkorir – Advocate of the High Court

“The court has to choose the path of the law and its principles or politics and its principles. The former will sustain it, the latter will impel reforms upon it. Consequences abound either way.” Javas Bigambo – Political Analysts

“The power to amend has been upheld. The process of making the bill has been upheld, save for the second schedule. Only the role of the President in promotion faulted. It’s now up to the political leaders to decide whether or when to reload.“ Paul Mwangi, Advocate of the High Court, and BBI Secretariat

“Part of my problem with the BBI process is that it was about political expedience, arrangements were hatched behind closed doors and being presented as a handshake and popular initiative.“ Jerotich Seii – An Active Citizen

“Listening to the judges I am convinced that reggae will now continue albeit after the elections.“ Senator Ledama Olekina – Narok

“Summary of the BBI Final verdict reggae is back. Its main impediment was the Doctrine of Basic Structure. All seven judges threw it out. All the other issues in the case are nothing but legal musings.” Mutahi Ngunyi – Political Commentator