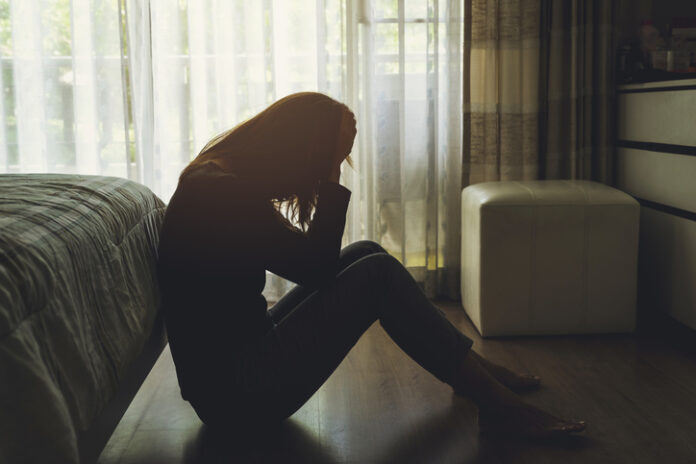 It’s been the toughest three months of my life! I am a victim of depression and anxiety, and I’m not ashamed to say that I’m still dealing with anxiety as much as sometimes I would like to think that I’m not depressed!

4th February 2022 was the first time I heard of the word PCOS, and from then on I have not quite been the same.

They say everyone has a breaking point. This was mine.

The first month of my diagnosis was a torrid time. Seven days of heavy flooding and intense side effects. This was quite alarming, hence I decided to visit a gynecologist.

“Are you planning to have children…?” the gynecologist asked on pins and needles waiting for my response. “Yes, but not now, maybe in the future. I’m still young!” I managed to respond with a grin. “Why?” I asked. There was silence followed by a sorry look then he finally managed to spit the words out, “We will monitor…” He said. “You may be suffering from a condition known as PCOS.” He gave me a tragic stare and I knew right then that something was not right.

PCOS; Polycystic Ovarian Syndrome is a hormonal disorder that causes the ovaries to enlarge with small cysts on the outer edges. Its cause is not clear but may be a combination of genetics and environmental factors. Symptoms include menstrual irregularities, acne, obesity, excess hair loss, high levels of insulin, and polycystic appearing ovaries. Side effects include the risk of infertility as it impacts your body’s ability to ovulate which may result in an irregular fertility window. This information is sourced directly from Google after the doctor’s advice to ‘inquire more about PCOS on Google’!

It was quite clear now, I was “unique” as I preferred to put it. My flows were irregular and for the better part of my first trimester, I never knew how it felt like to not soil my dress when it was that time of the month. I was famous to my lab teacher who would always offer an extra uniform. He, yes he, was the first to point out that something was wrong.

Bringing this to my attention, he advised me to inform my parents, and true to his hunch, I had abnormal menstrual periods. A condition, I recently found out, is called Menorrhagia. A medical term for abnormal/irregular heavy and prolonged periods.

From then on, it was one condition to another. I developed anemia, and early 2019, I was diagnosed with cysts.

To cut the long story short, it all made sense, irregular periods, cysts, and now PCOS.

Back to the gynecologist, he instructed the nurse to administer an injection to immediately stop my flow. He then prescribed tablets; which act as birth control pills, taken for 21 days and in the case of PCOS, help in the regulation of menstrual periods and decrease the risk of ovarian cysts.

What followed was a series of aftereffects from taking the prescribed tablets that caught me off guard. There was a sudden appearance of blackheads all over my face; my skin was dry and peeling. At times, I felt nauseous and at the end of a working day, my feet would swell. Soon I became more anxious than usual and my moods would be all over the place.

I could only take so much. You see, I had barely recovered from the astonishing news of my condition that could render me unworthy to be called a mother. This is the only cloud on the horizon for me, the thought of not being able to bear my children. The concept of being barren. A thought that makes my stomach churn.

At this point, I didn’t want to be strong. I wanted to fade away and drown in my misery. I needed someone to be there desperately. I was a danger to myself mentally and psychologically. It was necessary that for a change, I stop being strong. I was a lot even for myself.

As a young lady living with PCOS, I feel that, as women, we were taught the bare minimum in regards to our bodies and the challenges that come with womanhood. There are so many women struggling with different conditions that they were never quite prepared for. As a result, we end up being misdiagnosed or sometimes learn of a condition too late to manage.

More insight into our complex being is needed. I believe this will help us not only understand our bodies better but also work towards prevention rather than cure.

And for those who are facing underlying conditions like myself, whether it’s cysts, fibroids, PCOS, and so on, a reminder that you are strong enough to beat this. It is in the journey that one gains strength. I can attest to this, indeed I am strong than I was three months ago and my gratitude goes to those who stood by me during this time and continue to support and encourage me.