The Narrative of the Easter Bunny 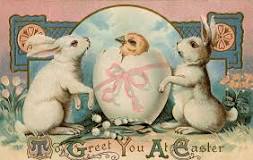 Being a believer in the current times is a blessing and somewhat a blur when it comes to certain things/practices. Well, the bible makes no reference to a mythical hare who delivers eggs to children on the day of Jesus Christ’s resurrection. The prominence of the Easter Bunny in such a significant celebration for Christians is extremely puzzling. Should we or shouldn’t we participate also in this celebration?

“Easter is a commemoration of a Biblical event as a holiday. It has been paganized with some customs, such as the Easter bunny that are linked to pagan traditions. The egg, an ancient symbol of new life, has been associated with pagan festivals celebrating spring. By shifting focus from the resurrection of Christ to Bunny eggs erode the essence of the Christian faith,” Prof. Eric Ateska.

In line with Professor Erick’s sentiments, the main theory on the origin of the Bunny also celebrated a goddess of dawn and fertility, Eostre. “Who was often represented by the hare or an egg.” It is believed through the spread of the gospel in Europe the two celebrations eventually merged/ co-existed together,” according to Time. “Observably, the dilution of the spiritual essence of these holidays is apparent. It distorts their historical and spiritual essence and is an onslaught on the Christian faith and its tenets,” Prof Eric Ateska.

“Now that everything is permissible for me, I need to remember that it is all not beneficial (I Cor 10:23). How satisfying is it to know that you are doing something beneficial to yourself visa vie that which is not? Choosing wisely is choosing that which is beneficial to us but of most importance is to know that regardless of the pagan celebrations creeping in just like the weeds planted in the wheat farm, at the end of the day we will be able to separate the wheat from the weeds and light will have overcome the darkness. Christ will still be the reason for the season,” Brenda Rajwayi Digital Communicator/ Christian Influencer.

Should we or shouldn’t we participate in this celebration as Christians? Kindly be your own jury!