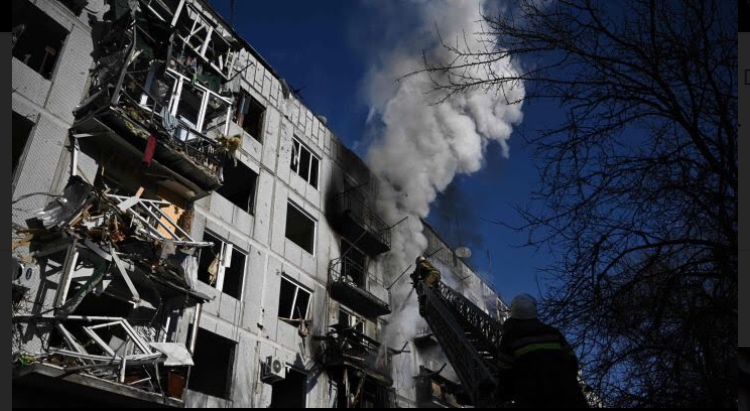 The Russian defense ministry said in a statement acording to Interfax that it was declaring a ceasefire at 10 a.m Saturday, Moscow time to open humanitarian corridors out of the Ukrainian cities of Mariupol and Volnovakha.

The ceasefire, which allows civilians to leave the embattled cities, stemmed from Thursday peace talks between Russia and Ukraine, the second summit held between the countries since the war began.

Mariupol Mayor Vadim Boychenko said the invading troops had blockaded the city, as he called for a ceasefire and for a humanitarian corridor for food and medicine.

In his latest video address, Ukraine president Volodymyr Zelensky blasts NATO for its refusal to impose a no-fly zone over Ukraine, saying it’s a sign of weakness.

‘We are the warriors of light’, Zelensky says about Ukrainians. He expresses disappointment that NATO countries, despite knowing Russia is only going to escalate in Ukraine, refused to do anything about it and close the sky over Ukraine.

His latest address comes hours after the U.S. and its allies slammed Russia over its shelling and seizure of the Zaporizhzhia nuclear power in Ukraine, the biggest plant in Europe of its kind.