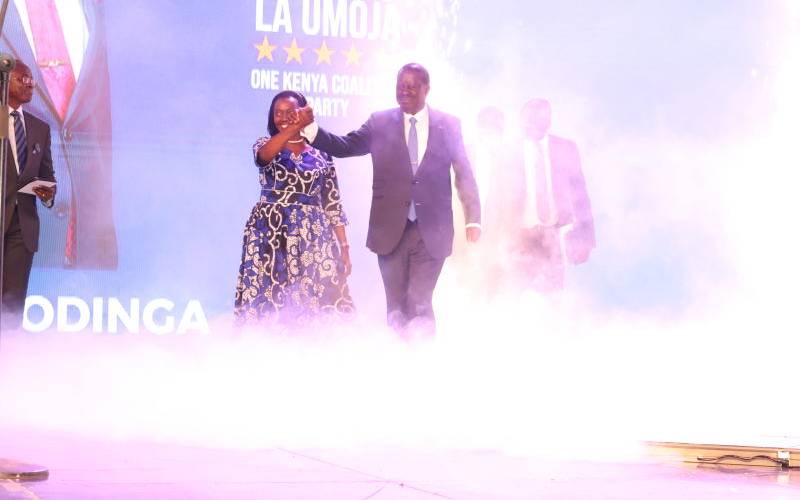 With the Independent Electoral and Boundaries Commission (IEBC) finalizing the registration of presidential candidates, Azimio-One Kenya coalition party Presidential candidate Raila Odinga has launched a ten-point manifesto where among other things, he pledged to declare corruption a threat to national security in the first 100 days.

Speaking at the Nyayo Stadium on Monday night, Raila vowed to establish a specialised department in the security agencies for corruption surveillance within the first 100 days of being sworn in as the duly elected fifth President of Kenya. He further promised to ensure that Kenya moves away from the league of 3rd world economies.

“Azimio government wants to face this dragon called corruption head-on to ensure that we can be able to do our things in a clean and fair manner. Kenya has great potential. Kenya is a great country surrounded by neighbors with whom we want to work very closely with,” he stated.

He stated that his government intends to hit the ground running and implement interventionist policies that reduce the cost of living from day one. He further pledged free primary, secondary, and university education should he win the August elections.

His manifesto also focused on the manufacturing sector, agriculture, healthcare, and support for Small and Medium Enterprises.

Raila Odinga will face off with Deputy President William Ruto, Agano Party’s David Waihiga, and George Wajackoyah of the Roots Party in the presidential election.