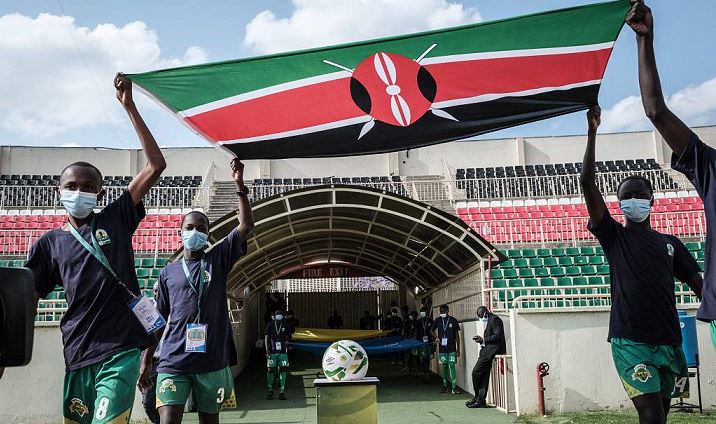 The Kenyan Ministry of Sports, Culture and Heritage, has told FIFA that the decision by the Government of Kenya on November 11,2021, to disband the Football Kenya Federation (FKF) fully adhered to the Laws of Kenya, and it follows a legally prescribed process and had a defined roadmap.

The statement by the Government comes 2 days barely after the World football governing body FIFA, suspended Kenya indefinitely from all international related football activities on what they termed, “third party interference.”

In the statement by the Cabinet Secretary of Sports, Amb. Dr. Amina Mohamed, read in part, “The lack of accountability for monies entrusted to it by the government and people of Kenya was raised with FKF on many occasions to bring the matter which has festered for long to the attention of FIFA with no success as well.”

The Kenyan government dissolved the Football federation led by Nick Mwendwa due to a reported “massive embezzlement” of funds. The FA president Mwendwa was arrested and taken to court, and a caretaker committee was formed which has been running the activities since then.

“We expected FIFA to take notice of all the positive developments taking place, allow us to carry on with our legally prescribed mandate to put our own house in order and then work with us on normalization and fresh elections. We instead learnt through the media of a suspension based on government interference,” Dr. Amina.

FIFA is yet to react to the statement by the ministry of Sports, but the recent suspension meted on Kenya by FIFA, means that the Football Kenya Federation, loses all its membership rights as of 24 February 2022, and FKF clubs and national teams will no longer take part in all international competitions till further notice.