Faces Around The Resurrection: On The Road To Emmaus 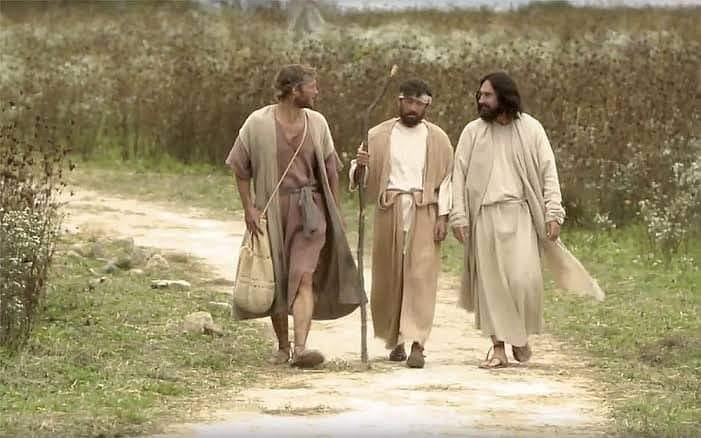 Luke 24:13‭, ‬15 NKJV
Now behold, two of them were traveling that same day to a village called Emmaus, which was seven miles from Jerusalem. So it was, while they conversed and reasoned, that Jesus Himself drew near and went with them.
The death of Jesus must have seemed like such an anticlimax especially for his disciples. These two who were on their way to Emmaus, were sad and dejected. Their perception of Jesus and what he came to accomplish was so different from God’s plan. In their conversation they say that they were hoping that Jesus was the one who would redeem Israel, but in their minds it was not to be because Jesus was dead and buried.
Imagine walking with Jesus for seven miles and not recognizing it is him. That’s about a 2 hours walk.
Jesus took the time to bring them to a place of revelation and understanding that it was in God’s plan for the messiah to suffer, and the prophets had declared so.
Remember the women had reported to these and other disciples that Jesus was alive, but they did not believe.
Jesus took the time to teach them from the scriptures, and bring them to a place of understanding then believing.
When they get to Emmaus Jesus indicated as though he would have gone further, but they invited him to stay with them.
It was at the place of fellowship and breaking bread together that Jesus is revealed to them. Fellowship with Jesus brings revelation a and understanding.
The road of Emmaus is the road of evangelism. From a place of unbelief to a place of teaching and revelation and when they got the revelation that it was Jesus, they did not wait a minute longer, they went back to Jerusalem to be a witness to the others.
A revelation of the risen Christ makes one an evangelist because you will want to tell others.
Reflections
What are some of the areas that you struggle with unbelief?
How much teaching have you received in that area? Remember, Faith comes by hearing and hearing by the word of God.
When was the last time you shared with someone about the risen Christ?
Share
Facebook
Twitter
Pinterest
WhatsApp
Previous article
Dating in the Era of Social Media
Next article
It’s more than being Shy