Faces Around The Cross: Caiaphas The High Priest 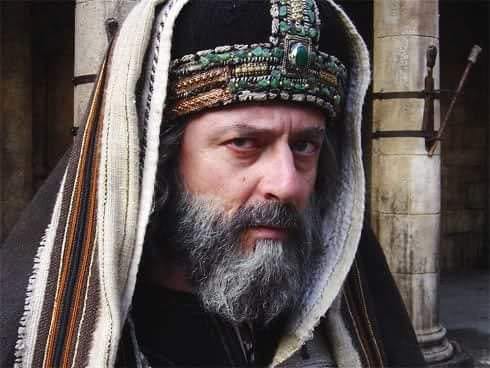 Matthew 26:65
65 Then the high priest tore his clothes, saying, “He has spoken blasphemy! What further need do we have of witnesses? Look, now you have heard His blasphemy! 66 What do you think?” They answered and said, “He is deserving of death.”
Caiaphas was the high priest. He was the man of God for the hour, he was supposed to represent God to the people and present the people to God. Caiaphas and the other religious leaders were only interested with their positions and the benefits thereof. Their hearts were far away from God.
About a week before Jesus was crucified, we see him raise Lazarus from the dead, and this caused quite a shaking within the Jewish leaders. They were so concerned about losing their position and authority.
John 11:47
47 Then the chief priests and the Pharisees gathered a council and said, “What shall we do? For this Man works many signs. 48 If we let Him alone like this, everyone will believe in Him, and the Romans will come and take away both our place and nation.”
Interestingly, Caiaphas the high priest prophesies about the death of one for the sake of all. How could he be so near the truth and yet miss it by a mile?
He was so blinded by his hatred for Christ that he was blinded to who Jesus really was. By sending Jesus to the cross, he thought he was actually doing God a service, yet it was the classic case of the blind leading the blind.
Religion and religious acts as opposed to a relationship with God will lead one astray. In our religious actions and zeal, we may think we are actually serving God, yet we are being used by the enemy to curtail the very plans of God. Thank God that all things work together for good.
May we focus on developing a deep relationship with the Father as opposed to following after religious practices void of relationship.
Reflections
In your ignorance have you ever opposed the truth thinking you were serving God? What happened?
Could there be religious activities that you engage in yet your heart is not really there and it’s only for show?
How important is your relationship with God?
Share
Facebook
Twitter
Pinterest
WhatsApp
Previous article
Over 180,000 healthcare workers died from COVID-19
Next article
‘If I Shall Be Incarcerated, Then So Be It’: China Church Leader Won’t Stop Spreading Gospel