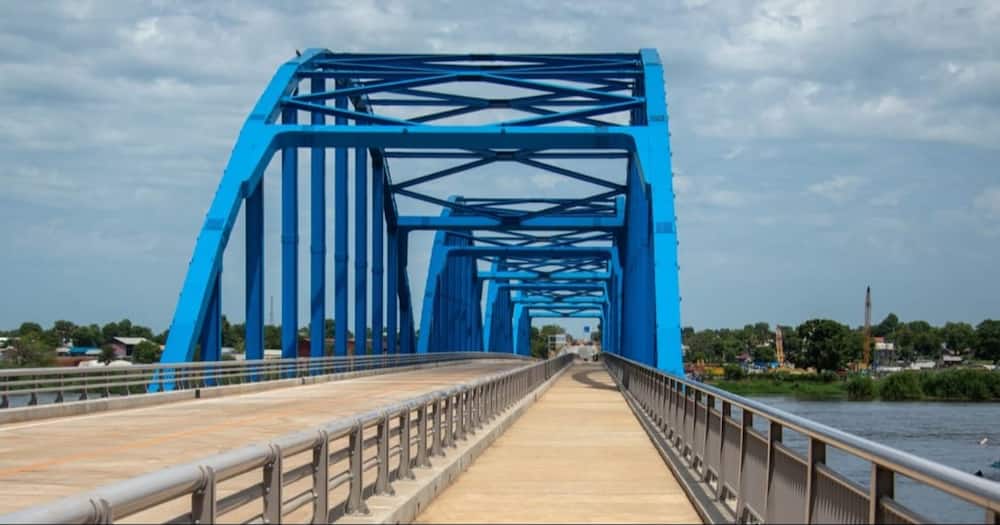 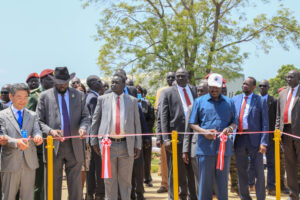 The bridge which was constructed by the Japanese government will ease heavy traffics in Juba city and boost economic activities in the country.

President Salva Kiir said the bridge will act as a link to regional integration that will enhance the economic growth of his country.

“The bridge we are inaugurating today has been a project in the work for a very long time, the need for this bridge was identified in 2011 and it was considered as a link for regional integration that will enhance economic growth,” Kiir said during the inauguration ceremony in Juba on Thursday.

Raila Odinga, African Union High Representative for Infrastructure in Africa said the viaduct will resolve the issues of transportation disruption and trade interruption between South Sudan and East Africa.

“Every bridge built is a relationship established, and freedom bridge will resolve fast the transport disruption and trade interruption between the people of South Sudan themselves and the people of East Africa,” Odinga said.

The opening of the first permanent bridge over the Nile in South Sudan will greatly contribute not only to social and economic activities in Juba but also to a stable supply of humanitarian aid to internally displaced persons and the conflict-affected person leaving in rural areas.

The bridge will promote peace, and stability, and will further strengthen the connectivity of East Africa by an international corridor from the port of Mombasa Kenya through Uganda to South Sudan, Freedom Bridge will advance nation-building through human resource development.

The construction of the 3.6-kilometer bridge started in 2013 but the outbreak of conflict in the same year halted its progress. However, after the resumption of work in 2015, renewed fighting erupted again in 2016 which led to the evacuation of the staff from the country, and the work was suspended.

The Freedom Bridge is the major bridge in South Sudan with a total length of 560m, a width of 12.9m, and access roads on both sides making a total of 3700m.