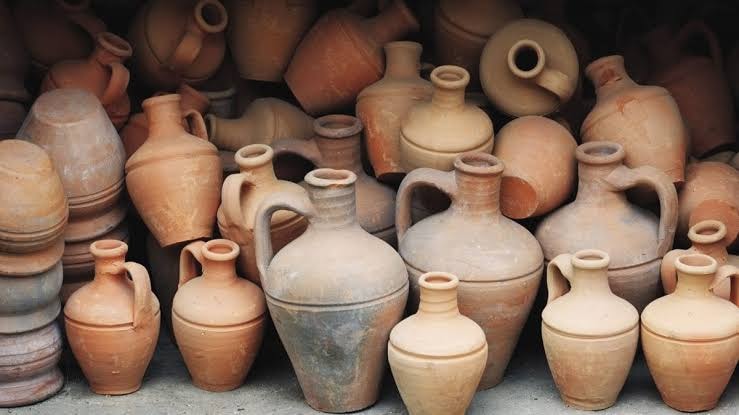 2 Kings 4:5
5 So she went from him and shut the door behind her and her sons, who brought the vessels to her; and she poured it out. 6 Now it came to pass, when the vessels were full, that she said to her son, “Bring me another vessel.”
And he said to her, “There is not another vessel.” So the oil ceased.
This widow was in need of money to clear the debt her husband had left. Failure to do this would mean that her two sons would be taken in as slaves and this would mean that she not only lost her husband but also her two sons. The only thing she had was a little oil, like the other widow that fed Elijah, she probably had one more meal to prepare with this little oil and that was it.
Her late husband had gotten her in this scenario by borrowing and now the prophet is telling her to go out and do the same thing her husband had done. Go out and borrow as many empty vessels as you can borrow from your neighbors and lock yourself and your sons in the house and pour your little oil into the vessels you have borrowed and set aside the full ones. This has to be the most ridiculous solution this widow must have heard but she obeyed in faith.
Our tendency is to hold on to the little we have because we fear that if we give it out then we will remain with nothing. Had the widow been afraid to pour her oil, she would have remained in lack. In the same manner, the widow that fed Elijah would have remained in lack had she not first filled Elijah the empty vessel.
The more empty vessels the widow was willing to fill, the more God blesses her. Remember, all these vessels she was filling were not hers. She had to humble herself to borrow these vessels and in her humility and obedience, God blessed her.
Think about this, the amount of blessing she would receive was not dependent on God, it was up to how many empty vessels she was able to gather. As long as she had an empty vessel to fill, God supplied the oil. Ian sure by the time she filled her last vessel, the oil in her vessel was not overflowing, it was still that little oil.
May we not wait for God to bless us with a huge drum of oil before we can start filling other vessels. May we arise in faith to fill others with the very thing we need and see God multiply our little to provide for us and to change lives.
Amen!
Share
Facebook
Twitter
Pinterest
WhatsApp
Previous article
Hymn books go digital
Next article
President Elect: “No room for Homosexuality in Kenyan Society”