The Tomb is Empty – Jesus is Risen!

The Resurrection of Jesus is the hallmark of Christian faith 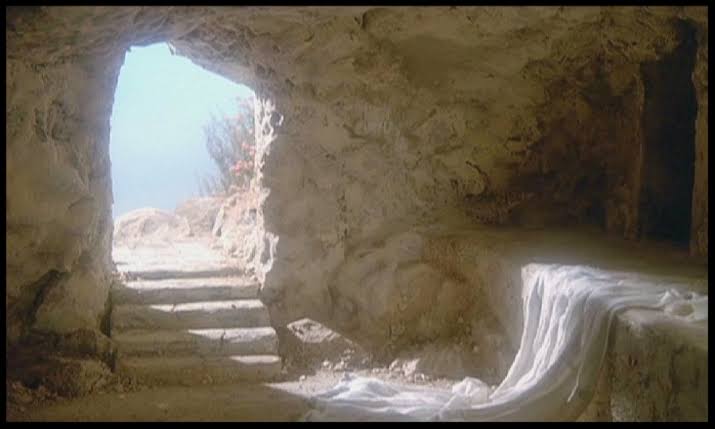 All the world religions base their doctrines and teachings on some philosophical idea and only four of them are based on a personality. However, out of those four world religions that have a person to whom they ascribed their origin and doctrine, only one that is Christianity claims that their founder rose from the dead and He is still alive. All the others are contented that their founders are still in the grave and some of them have religious rituals visiting the grave once in awhile.

It is the resurrection that distinguishes Christianity from all other religions.

The resurrection of Jesus fortunately, is one of the well attested events in the ancient world that continues today to draw interest from both Christians and non-believers alike. Unfortunately, many Christians lack a strong understanding of the resurrection of Jesus this leads to reduce appreciation of the very preeminence of the risen Jesus and limits their ability to submit more fully to Him and His authority as He governs all of humanity and the universe.

During His earthly ministry, Jesus spoke repeatedly about His death and resurrection. He responded to Peter’s confession of His identity as the Messiah by showing His disciples that He must therefore go to Jerusalem and suffer many things from the elders, chief priests and scribes and be killed and be raised up on the third day. Mathew 16:21

In John 10, Jesus pointed out that a day would come when He would lay down His life on His own initiative but He immediately added that as He would lay His life, that He had authority to bring it back. John 10:17-18

The resurrection of Jesus from the dead was a declaration with sufficient power to bring conviction upon everyone that in death, He was and He is the son of God – the Messiah, the saviour of the world.

An element in the story of resurrection that catches my attention and a sure proof that Jesus has risen, is the fact that the resurrection was proven by eye witnesses.

The reports of the guards and the priests who were eye witnesses to the Jesus’ resurrection.

Aware of Jesus’ claims to resurrect after the third day, the Jews’ religious leaders had requested the Roman authorities to provide the state security to guard the tomb to forestall such unlikely event. Mathew 27:62

Even though they never believed it, their actions seems to suggest that they thought “It can happen” and subsequently, they made an arrangement for a special state security to make sure that He does not resurrect.

They went therefore, as recorded in the gospel according to Mathew 28:11-15, faced with the reality into the city and reported to the chief priest everything that had happened.

The fact that the body was not there, I can imagine them saying, “haki ya Mungu, sio sisi…we were really on duty but something happened, we saw the stone roll away, there was an earthquake and as we were going to see, we saw some angelic beings sited around there and we were scared and we tell you ‘haki ya Mungu’ the grave is empty.” And that was how they became first hand witnesses not coached witnesses.

Confounded with the reality of Jesus’ resurrection these religious authorities then made a scheme to bribe the guards so that they may change their testimony. In our local judicial systems in this county, we have heard of allegations of witnesses being coached while in some cases testimonies changed, now I can tell you the idea of testimonies being changed is as old as the day of resurrection.

The very fact that the resurrection was confirmed by the testimonies of witnesses and the fact that the chief priests and the Roman authorities schemed to change the truth by a lie, is a sufficient evidence that the tomb is empty, the Lord Jesus Christ Has Risen!

Share
Facebook
Twitter
Pinterest
WhatsApp
Previous articleWomen at the Empty Tomb are strong evidence of Jesus’ Resurrection
Next articleFor many, Easter Sunday marks a return to in-person worship for the first time in two years