Home Church & Ministry ‘The Gospel of Christ is at stake’: Finnish bishop facing prosecution over...

WASHINGTON — A Finnish religious leader facing prosecution for publishing a booklet promoting Christian teachings about marriage and sexuality is warning that “the Gospel of Christ is at stake” as Western governments liken such beliefs to hate speech.

The Rev. Juhana Pohjola, bishop of the Evangelical Lutheran Mission Diocese of Finland, spoke at the Alliance Defending Freedom, a religious liberty law firm, Wednesday to discuss the prosecution he faces for publishing a booklet titled Male and Female He Created Them: Homosexual relationships challenge the Christian concept of humanity.

In his address at Alliance Defending Freedom, Pohjola warned that his prosecution illustrates that “the Gospel of Christ is at stake” because of postmodernism and its accompanying cancel culture and hate speech laws, which he believes have been unfairly used against him: “When postmodernism first swept over Western countries, its basic core was denial of absolute truth. The only truth was that you must allow everyone to have his or her own subjective truth.”

“This hyper-individualism continues, but it has now a different tone. If you are against LGBTQ+ ideology, so-called diversity, equality and inclusiveness, you are not only considered to be old-fashioned … but rejected as morally evil. This is what the prosecutor general understands her duty to be, to protect fragile citizens and victims from the intolerant and hateful Christians.”

After expressing concern about the development of “cancel culture” in Europe and Finland,” he said he agreed with political commentators in the U.S. about “soft totalitarianism in Western countries when all aspects of life, media, business, education, culture, courts, army and church parties are taken over by the same ideology that suppresses freedom of speech and suffocates differing opinions and viewpoints.”

Pohjola devoted most of his speech to detailing the legal challenge he’s embroiled in. He recalled that on April 29, “the prosecutor general of Finland decided to bring charges against me and … a member of parliament, Mrs. Paivi Rasanen.”

The indictment accused them of “incitement to hatred against a group which falls under the section of war crimes and crimes against humanity.” Pohjola read aloud the description of his offense, which stated that he “made and maintained available to the public opinions and allegations defaming and insulting homosexuals as a group on the basis of their sexual orientation.”

Previously, the Helsinki Police Department “pressed charges against me and Mrs. Rasanen arguing that the pamphlet found on our webpage was discriminatory toward homosexuals” in August 2019. While “the police in charge decided to drop the case,” it ended up on the “table of the general prosecutor’s office.” Pohjola added that on Reformation Day, Oct. 31, 2019, “the prosecutor general of Finland announced that she had ordered a preliminary investigation on the subject matter.”

“We were suspected of being guilty of incitement to hatred against a group,” he said. The Helsinki Police Department interrogated Pohjola on Feb. 11, 2020. He noted that “the interrogation took over five hours” and described the questioning as “cordial but tough.” When asked if he was “willing to take the pamphlet away from your website in two weeks,” Pohjola said no. He told the audience that “If I had said yes, the case … probably would have been settled.”

The booklet was one of several published by Pohjola in conjunction with the Detroit-based Lutheran Heritage Foundation. Other books in the pamphlet series discussed issues such as worship, the Lord’s Supper and sanctification. While the booklet did not generate “any media interest” at the time as “it was just one booklet among the other booklets,” it received renewed attention in recent years as the Evangelical Mission Diocese faced scrutiny for declining to embrace the “ordination of women” and what he described as “other unbiblical practices.”

“The series [of pamphlets] was later put on our webpage without any fuss,” Pohjola asserted in his remarks. “We handed out this Christian teaching on marriage even to all the members in the parliament.”

“When the prosecutor general has … publicly said that she will give special attention to the hate speech cases when she steps into the office, she, of course, wants to maintain classical Western liberal freedoms of speech and religion grounded on our constitution,” he maintained. “But she interprets these rights in the light of [the] Equality and Discrimination Act.”

Pohjola lamented that “the tendency is to interpret more broadly … vague terms like defaming and insulting speech. And the more broadly you interpret them, you do it at the expense of the freedom of speech.”

“Prosecutor general has taken out of the context one line from there and one from here,” he concluded. “In the police investigation … I tried to draw the big picture of the pamphlet, which consists of basic points of Christian teaching, which is clearly all found in this pamphlet.”

Pohjola emphasized to government officials that the booklet was based on the premises that “We are all created in the image of God, we are all equal and share the inherent equality,” “We are all part of [the] fallen human race and therefore we are all sinners, homosexuals are not greater sinners than all the others, but nevertheless it is sinful to live in a homosexual relationship according to our faith,” and “according to the Christian view, sexual life is made to be in the confines of marriage between one man and woman.”

While Pohjola stressed that “We have again and again said that we confess the God-given dignity, value and human rights of those who we identify them as homosexuals,” “we also call homosexual acts sinful and in discordance with the created order and the will of God as found in the Bible.” He believed that the prosecutor general did not accept this distinction “since sexuality is so deeply rooted in the identity of a person.”

According to the prosecutor general’s line of thinking, “If we call the homosexual living style sinful, we deny the dignity of homosexuals. In other words, to reject homosexuality is to deny their human value as human beings and thus degrading their intrinsic worth and thus insulting them and thus defaming them. If you follow this argument to its logical conclusion, the [ramifications] for Christian teaching and religious freedom are severe.”

Pohjola attributed his prosecution and the widespread acceptance of the aforementioned line of thinking to the rapid decline in religiosity that has come to define his country: “Finland is a modern, safe, clean, wealthy country but on the other hand, it is committing demographical suicide and is under enormous pressure to take more and more immigrants. It is secular and it has lost its Christian and Lutheran roots and families aren’t doing well,” he explained.

“This case is only a faint echo of the cultural eruption that is taking place in Western countries,” he explained. “Although we still have the blue cross in our flag, Finland is not a Christian nation anymore. Church attendance is about 1% and maybe less. The less people know about the basic Christian teaching, the less they understand it and tolerate Christian teaching in the public square.”

Pohjola vowed that despite the legal headwinds and consequences he may face, he would “hold on to this truth and publicly teach it no matter what the cost is not because we want to wage a cultural war in the society but to call people to repentance and through faith in Christ, receive forgiveness of sins and eternal life.”

When Pohjola finished speaking, Sean Nelson, legal counsel on ADF International’s Global Religious Freedom Team, discussed the legal implications of this case. Nelson reported that in many third-world and authoritarian countries, “We regularly see criminal prosecutions and convictions for blasphemy and so-called religious offense laws in these countries against many different religious minority groups including but not exclusive to Christians.”

“What we see in many authoritarian countries [is] the use of blasphemy, apostasy and anti-conversion laws to force religious minorities to hide in the shadows in fear of fully practicing their faith,” Nelson lamented. “Dozens of countries are still regularly enforcing their blasphemy laws in favor of majority beliefs and against minorities.” He highlighted ADF’s mission to “support those charged with blasphemy” and seek “the worldwide repeal of such laws.”

Nelson characterized “hate speech laws that have gathered steam in Western countries” as “secular versions of blasphemy laws.” According to Nelson, “Both laws are justified by the alleged harm that minority views, very often religious views cause to the majority, that the offense causes emotional and societal harm, even when the speaker is only sharing their genuinely held beliefs. They both work to marginalize certain views and exclude people from government and positions of influence.”

“They both use broad, ambiguous language and definitions that make it impossible to know precisely what is prohibited and that open the door for arbitrary and biased enforcement and they’re used to coerce others to change their views so that they aren’t punished,” he added.

“These are also terrible precedents internationally as they provide cover to dozens of authoritarian governments that say, ‘If the west has no problem criminally prosecuting controversial speech, then what’s wrong with us doing that?’”

Pohjola’s speech at the ADF came on the same day that six Republican lawmakers wrote a letter to Nadine Maenza, the chair of the U.S. Commission on International Religious Freedom, urging her to take the Finnish government’s actions “into consideration when recommending which countries should be added to the State Department’s Special Watch List,” which consists of countries that are hostile to religious freedom. 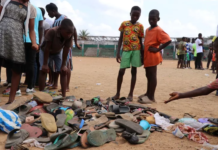 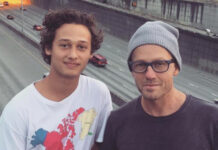 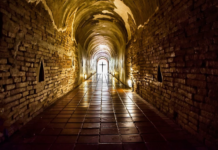 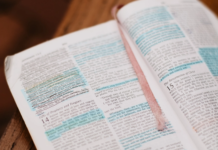 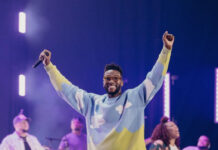 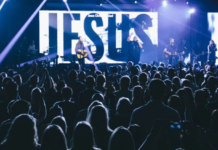 Inside the Absolute Brilliance of Chris Pratt’s Epic ‘God’ Talk