1 Corinthians 10:13 NKJV
No temptation has overtaken you except such as is common to man; but God is faithful, who will not allow you to be tempted beyond what you are able, but with the temptation will also make the way of escape, that you may be able to bear it.
In the Australian bush, country grows a little plant called the “sundew.” It has a slender stem and tiny, round leaves fringed with hairs that glisten with bright drops of liquid as delicate as fine dew. Woe to the insect, however, that dares to dance on it. Although its attractive clusters of red, white, and pink blossoms are harmless, the leaves are deadly. The shiny moisture on each leaf is sticky and will imprison any bug that touches it. As an insect struggles to free itself, the vibration causes the leaves to close tightly around it. This innocent-looking plant then feeds on its victim.
The enemy lures us in the same manner as soon as we bite the bait, we are too greedy or lustful to let go so that we can be set free and we end up as the devils’ captives. John Piper says that sin (lust for example) “gets its power by persuading me to believe that I will be happier if I follow it. The power of all temptation is the prospect that it will make me happier.”
1 John 2:15-17
Love not the world, neither the things that are in the world. If any man loves the world, the love of the Father is not in him. For all that is in the world, the lust of the flesh, and the lust of the eyes, and the pride of life, is not of the Father but is of the world.
Let me put it this way, the devil is a professional tempter and he is good at his job he is the best when it comes to tempting. He will usually tempt us in one or more of these areas.
The lust of the flesh.
The lust of the eyes.
The pride of life.
Now you have to realize that being tempted in itself is not a sin because Jesus was tempted yet He was without sin. The problem is that we give in to the temptation because there is pleasure in it. Think about this, if there was no pleasure in sin, would you and I gravitate towards it? I don’t think so.
Don’t be ignorant; understand your enemy’s battle plan.
Jesus was fully submitted to God and well equipped with the word and He was able to resist the devil.
James 4:7
Submit yourselves therefore to God. Resist the devil, and he will flee from you.
There are times when you have to stand your ground and fight, and there are also times when like Joseph you have to flee.
2 Timothy 2:22
Run away from youthful lusts—pursue righteousness, faith, love, and peace with those [believers] who call on the Lord out of a pure heart.
Martin Luther once said, “Don’t sit near the fire if your head is made of butter.” The closer we get to the fire, the hotter the fire feels to us. Even though the fire remains at the same temperature, the heat affects us according to how close we are to it. The closer we are to the temptation, the more it influences us.
Remember with every temptation God always provides a way out.
Reflections
In which area are you most tempted, the lust of the flesh, lust of the eyes, or the pride of life?
How much of the word do you know concerning the area you are most tempted?
God ensures that every temptation has a way of escape. What does that mean to you?

Love Your Enemies: Why We Should Love Our Enemies 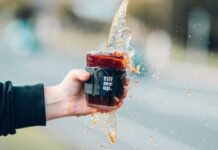 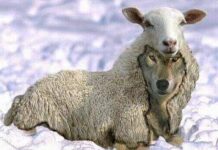 Signs of the Times: False Doctrine

Signs of the Times: Pleasure Before God

Signs of the Times: Characterless Generation

Word for Today-Foundations: Challenges of this Generation

Rivatex races against time to produce face masks for schools