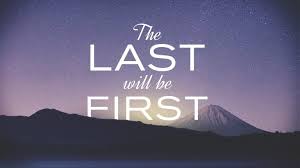 Politics they say isn’t a fair game. In the recent political party nominations a few well-known candidates lost to otherwise not very well known individuals who were running for the same seats. Some, like Fatuma Mohamed, claim to be well known by the people but have suffered alleged rigging during the nominations. While lamenting about the unfairness of the nominations she said “I sold my house worth 25 million to prove that I want to be women rep of Migori county.” You can imagine, with all that these political aspirants invest in their campaigns, it is only pain that strikes when the trumpet of loss plays.
But, could there be a new twist arising within our political parties and in the general public? Though there is more than meets the eye, may be we would need to look at how the leadership of this country seems to be panning out.
John Kihagi, who won the nominations seat for Naivasha MP says “I can attest that everyone is getting equal treatment in UDA.” This is after winning the nomination against Naivasha MP Jane Kihara, felt the pinch in tears while leaving the voting grounds.
Other casualties, that would have otherwise won their party nominations are Laikipia Women Representative, Kate Waruguru who lost to Mohammed Dedi.
It’s interesting that one would think that politics is all about popularity, but could it be that tables are turning to reveal that its more than just fame that gets you to the top? A lot of personal and cooperate financial investment is put in by these ‘big wig’ politicians, but may it is one’s strategy, pure desire and tenacity that also plays a strong role, a good example is 24 year old Linet Chepkorir, who right out of university, applied for the Bomet Women representative ticket and won.
If all these otherwise strange nomination wins are anything to go by, we can only hope that there is some sort of unknown shift happening in the political realm, where the last have become the first. May be it is time, don’t you think so?