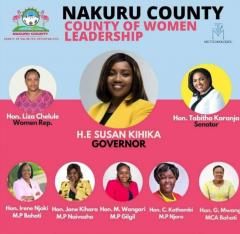 The promulgation of the Kenyan Constitution 2010 introduced new freedoms to the marginalized communities when it comes to legislation.  Article 81 (b) of the Kenyan constitution under the electoral system states, “not more than two-thirds of the members of elective public bodies shall be of the same gender.”

To support this law, Article 100 of the Constitution states, “Parliament shall enact legislation to promote the representation in Parliament of: a) women; b) persons with disabilities; c) youth; d) ethnic and other minorities; and e) marginalized communities.” Even though the laws provided grounds of the actualization of this reality. The election cycles of 2013 and 2017 have fallen short of this actualization.

The 2022 elections have proven that Kenya is moving into a more progressive and political diverse leadership. As we await more results to be confirmed, continue to be peaceful!